The 1980s had music artists singing songs about wearing sunglasses at night and about having to put them on because the future’s so bright. Perhaps they were also referring to all the neon people were wearing at the time. Some people called the color fluorescent, but they meant the same thing. Clothes were just so bright. Whether it was neon green, neon yellow, or neon blue, it was still neon, and my god was it bright.

80s Music Icons Like Madonna Made Neon Fashionable
What compelled all those people to wear those loud colors that today, in hindsight, may appear a tad garish? Historians and sociologists have offered different explanations, and many of them make sense.

Undoubtedly, some of the credit (or blame, if you’re not exactly enamored of the neon trend) can be laid at the feet of the entertainment industry. In the movies, it was a big thing. The use of bright colors in the movies was the return of Hollywood to the ideals of innocence and youth. With John Hughes movies focusing on high school life and innocent travails (will I go to the prom, and with whom?) and movies ending on a happy note, the film industry was veering away from the gritty realism of 1970s cinema, were everything seemed in shades of black and gray, the heroes were really anti-heroes, and everyone had a tragic ending.
Neon was a big part of those movies, and the stars all wore neon, so of course the moviegoers wore neon too. Following movie styles is a recurring trend in any decade.

And then there was TV. Not only were the shows lighter and brighter than their 1970s predecessors, but there was also MTV. The MTV animation was unabashedly colorful, and a new medium called music videos were invading homes all over the country. And since everyone seemed to wear neon in those videos, so did the teens who watched them continuously.

But it wasn’t just the movies and MTV which were responsible for the rise of neon. It was the people of the 80s themselves. The neon colors just perfectly symbolized the rise of optimism all over the country.

You have to understand just how colorless the 1970s were and how it seemed to dampen the American spirit. The 1970s were characterized by the rise of crime in the cities, the increasing use of drugs, the oil embargo and the recession that followed it, the resignation of Nixon and the resulting distrust of government and authority, and the Carter administration which saw the hostage taking in the US embassy in Iran.

Then suddenly the 1980s came, and everything was changing. Optimism was in the air. Reagan had a more successful foreign policy, the recession was lifting, Wall Street was offering lots of money to investors, and the youth was embracing new music and new styles.

Neon clothing became popular because it was new, it was youthful, and it was certainly bright and cheerful. And you can certainly say the same for the entire decade of the 1980s, when you compare it to the 1970s.

The 1980s often get a bad rap when it comes to fashion. But styles from the era are coming back in a big way -- and a few of them never even left.

Are you wanting to figure out how to recreate the most popular styles from the 80s and do it without looking like you’re on your way to a costume party? Well, have no fear because we’ve got you covered.

The 80s were full of bright colors and big hair. None of that less is more nonsense for this decade. Glam rock and artists like Madonna and Boy George created a fashion scene that was like no other. So, how did fashion evolve throughout the 80s? Take a look.

Minimalism was the name of the game in the early 80s. Sweaters and knee-length skirts were popular, and it was all about the accessories. Athletic gear began to become everyday attire. Colors were somewhat subdued at this point, with neutral tones like cream and beige being the most popular. For footwear, sneakers and kitten heels were common, and jelly shoes were just hitting the market.

When it comes to fashion in the early part of the 1980s, Princess Diana was a trendsetter that had a lasting impact.

During the mid-80s, power suits and shoulder pads took over in the professional world. TV shows like Dallas and movies such as Working Girls showed women looking fierce in the workplace.

But for those who wanted to have a bit more fun, brighter colors started to become more popular.

It was about this time that Madonna began to make a name for herself, and she took fashion trends in a whole new direction. With fishnets, lace gloves, and messy hair, Madonna was making waves in the fashion scene.

Image credit: Inside the Costume Box

At the end of the decade, women’s fashion was all about the mini-skirt. Taffeta dresses and poofy sleeves were all the rage. This was when neon colors became trendy, but pastels were in style too.

Leggings were fashionable, especially under a mini-skirt, as were Keds, Swatch watches, and tapered pants. And don’t forget the denim jackets and acid wash jeans.

This was also the age of big hair, and Aqua Net was a girl’s most essential beauty product. Even men got in on this look thanks to the Glam Rock scene, which included bands such as Poison, Motley Crue.

What Were the Most Popular Styles in The 80s?

When it comes to fashion, the styles of the past have a way of coming back around. Thanks to shows like Stranger Things and just good old-fashioned nostalgia, some of the most well-loved styles of the 1980s are now seeing the light of day again. What styles were the most popular in the 80s? And how can you recreate them with an updated look today?

Let’s break it down.

Image credit: Do You Remember

Neon colors are one of the main things the 1980s have been remembered for. Both solids and patterns were popular, but the motto of the decade was the brighter, the better. Will Smith was known for wearing neon colors in his younger days when he was making a name for himself as the Fresh Prince with DJ Jazzy Jeff.

Today, neon colors are once again popular. For a modern take, check out this neon yellow sweater set. The long-sleeved crop top and tight biker-style shorts are sure to make you stand out in a crowd.

Ripped jeans took hold in the 80s and have never really gone out of style. There’s just something irresistible about a pair of jeans with the knees slashed. The glam rock scene of the 80s helped to make this look popular all those years ago. And so did fashion icons like Madonna and Christina Applegate.

Out of all the looks from the 1980s, this may be the easiest one to pull off in the new millenium. A pair of ripped jeans with a band t-shirt will always be a winning look. Add a pair of heels and a blazer, and you’re ready for a night on the town.

Leg warmers were all the rage in the 1980s. Aerobics queen Jane Fonda was known for sporting this look. While this style may have started in the gym but it was far from only for working out.

Athletic wear, in general, moved outside of the gym during this decade. But leg warmers work with far more than just spandex and leotards.

Leg warmers were -- and are -- the perfect accessory for any outfit. You can pair them with a mini-skirt or jeans and still pull it off with ease. They even look great with a pair of high heels.

Another popular style in the 80s was the cut-off sweater. Cropped sweaters that were bulky enough to leave one shoulder exposed were a fun and cozy look, so it’s no surprise that this fashion statement is making a comeback.

In the 80s, crop tops, in general, were all the rage. Even men were known to rock a crop top during this decade. Making this look work today is easy. A cut-off sweater looks as great with a pair of ripped jeans as they did all those decades ago. Cut-off sweatshirts are also popular today and are another great throwback style. 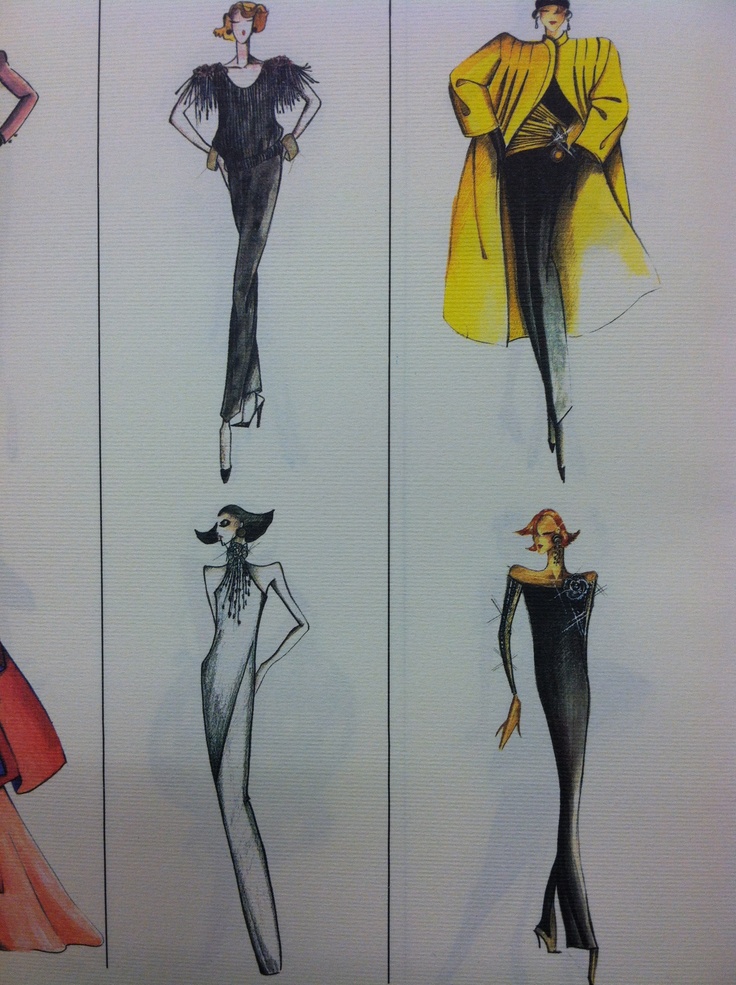 Although high-waisted jeans have been laughed at as “mom jeans” in recent years, this look was quite popular in the 1980s. Like the other styles on our list, high-waisted jeans are once again making waves in the fashion world of today.

Like ripped jeans, high-waisted jeans look great with a cut-off sweater or any other type of crop top. You can also use footwear and accessories to dress this style up or down, depending on where you are stepping out to.

While shoulder pads were a must-have item in the 1980s, they have been just a distant memory for decades now. Most people thought that this style would never make a comeback.

But surprise, surprise! Shoulder pads are becoming popular again. However, they don’t quite go to the extremes that they did in the 80s. Today, shoulder pads tend to be a little more subtle.

Shoulder pads can give a blazer or blouse more shape and make your frame look stronger. Try wearing a blazer that has shoulder pads with a cropped band shirt and a pair of high-waisted or ripped jeans for a nostalgic look that will stand the test of time.

80’s Fashion Is Coming Back to the Future

When it comes to fashion, styles have a way of coming back around. And that’s precisely what we’re seeing with trends from the 1980s today.

There are plenty of ways to wear looks from the 80s in a modern way. Whether you want an upscale look for a night out or are dressing down for a laid back day, you can make 80s fashion work for you.

What is your favorite look from the 1980s? Let us know in the comments below and make sure to share this article with your friends so they can get in on the fun too!

Our Favorite, Most Gothy Music Videos From The 1980s