Sign up for Deezer for free and listen to Burzum: discography, top tracks and playlists.

Burzum is the debut studio album by the Norwegianblack metal solo project Burzum. It was released in March 1992, through Euronymous's label Deathlike Silence Productions. Six of the songs were later re-recorded in 2010 and released on the album From the Depths of Darkness, as Varg Vikernes was dissatisfied with some of the original vocals and production.

Most reissues of the album have been released as Burzum/Aske which includes the Aske EP as the final three tracks.[1] Only the Aske version of 'A Lost Forgotten Sad Spirit' was included on this edition.

All music and lyrics by Varg Vikernes except 'Ea, Lord of the Deeps', words taken from the Necronomicon.[2] Note:Burzum/Aske renames track 3 as 'Spell of Destruction' as Vikernes claims the word 'Black' was added to the title by Euronymous without his knowledge. Track 2 is also ammended to 'Ea, Lord of the Depths'. 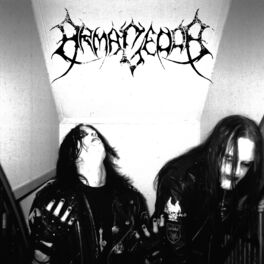