You have probably heard about Copay, considered as one of the most popular wallets, combining both desktop and mobile interfaces. Developed by BitPay in order to secure their funds, Copay is perceived to be a wallet with extensive number of features proving its security, transparency and user-friendliness. What’s more is that it gives you the maximum amount of control options on the market when speaking of your coins. Everything mentioned will be reviewed in detail in the following paragraphs, so you’ll be able to decide if you’re willing to choose one of the crypto community’s favorite wallets – Copay.

Achieving success in less than a year, the Copay wallet, launched in 2015 has become a wished-for method to use both Bitcoin and Bitcoin Cash. Starting with what interests you most, Copay supports both desktop and mobile versions, which makes it a preferred crypto wallet to operate with your Bitcoins. Additionally, it offers the opportunity to access your wallet via web browser or in a word you have multiple options to decide how to use it. Additionally, Copay is a hierarchical deterministic (HD) wallet, which means it provides you a brand-new address each time you place a transaction. In breve, it’s an anonymity feature to make your funds, respectively balance, hard to be tracked. So far, so good. There’s a multi-signature feature to request more than one person to sign a transaction for the purpose of getting broadcasted to the network. Ultimately, this makes it convenient also for business usage.

The Copay wallet has a convenient payment proposal flow that supports multi-signature addresses and batch processing. Particl users now have a secure, mobile wallet that supports prices in 150.

As I already noted several of the best-selling features of the Copay wallet, let me continue now with a table overview of all its advantages and disadvantages, so you can have a complete vision of what do you get or skip by using it. Basically, the most remarkable con is the fact that Copay supports only two cryptocurrencies, which isn’t convenient for some of the users. Anyway, there are lots of pros, so it’s definitely worth it to have a look on the table below: 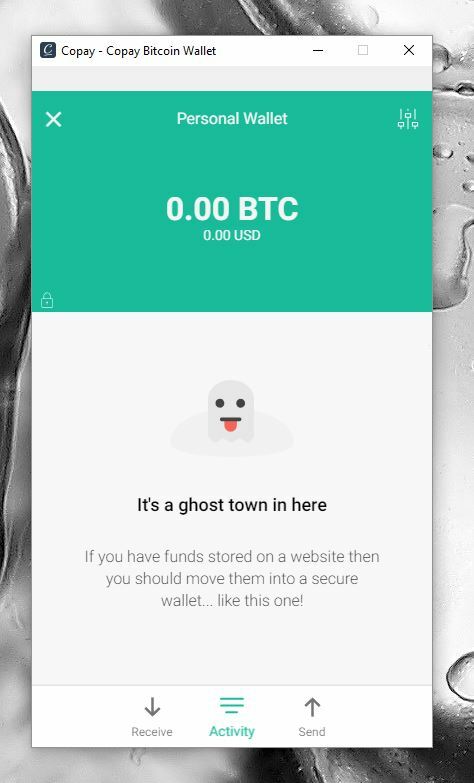 Since I already explained that Copay is accessible via multiple instruments such as web browsers, desktop software and mobile apps, now I would like to give you some hints where exactly you might find it. When speaking of desktop version, Copay is available for every OS – Windows, Linux and macOS. You can check on the minimum requirements your PC/laptop needs to cover in the following table. If you’re aiming to use the mobile version, then you can get it directly from both the App and Google Play stores. The table below is going to show you the version your software should be using. One advice – always download the Copay wallet from the official page, there are lots of scams you can avoid by doing so.

Even not supporting the two-factor authentication (2FA), Copay is still a secure option to operate your crypto coins with. The combination of multi-signature and HD is the perfect match guaranteeing a strong mixture of security and anonymity to protect your funds. Well, accuracy will always rely on the servers’ updates, but I might say it’s an exquisite way of storing and managing your Bitcoin and Bitcoin Cash cryptos. You might check each of the upgrades by simply entering Copay’s open code and have a look on the fixes, made by the developers.

The HD feature allows users to easily and safely backup and restore their wallet funds from a seed (the pass phrase they have received when creating the wallet).

The BIP ensures that users won’t send any of their assets to a wrong address, since this is one of the most common issues users ever experience. Addresses are strings long enough to be mistaken, so it’s good to have a double checker like BIP.

Since some of you might be interested to know a bit more on the privacy aspects, I would like to point a major advantage to think of here. As already pointed out, Copay supports the HD feature, which isn’t just a security layer for your funds but also provides an interesting anonymity aspect. As you’re probably aware, the Bitcoin network is completely transparent, so the ownership of each transaction can be easily traced. How to avoid it? Just don’t reuse the same address. Here comes the HD functionality to help you by providing you with new one for each transaction.

HD has another interesting option to offer on your service – a different public address for each transaction, which basically make them hard to track and avoids linking your addresses for identification. Thinking of Bitcoin’s network and the fact that it’s all public and traceable, you’ll be interested to try to avoid re-using the same address.

Let’s talk a bit on transaction fees. You can’t avoid them, you’re always required to pay them, but at least there’s a way to control them if partially. Simply click on the Settings icon on the taskbar and choose the option “Fee Policy”. When you select the Fee settings button you can start modifying. The rule to memorize is related to time – the less you pay, the slower your transaction will get broadcasted. There are multiple options in the Copay wallet, and I would like to shortly review them for you:

We have reached the point to summarize all I have talked about up to this moment. A user-friendly interface, providing a strong combination of features, which stands for a great security wall of the Copay wallet. Ability to control transaction fees, respectively the broadcasting time. Available on all kind of devices starting with desktops, continuing with mobiles until we finally reach simple web browsers. One of the most interesting choices to make for the purview of operating with your BTCs and BCHs.

If you’re still not completely sure that Copay is the wallet for you, Electrum wallet is a good alternative you might want to consider. It has two factor authentication (2FA) for better security and allows you to store multiple coins, including Bitcoin and Bitcoin Cash.

02.Copay Wallet Guide: How to Setup and Use

If you’re considering using Copay to store your Bitcoin or Bitcoin Cash, the following paragraphs will help you to set it up properly. In addition to the thorough installation guide, you will also find a detailed information on how to use the Copay wallet – how to perform transactions, how to back up your funds, how to deal with issues, and much more. Simply use the menu below to navigate to the section you are interested in.

Speaking of how to install the wallet, there are several easy to complete steps, which I would like to summarize for you. First of all, consider your operating system and device to use the wallet with. Then it all comes to clicking several buttons and follow the screenshots. Please remember to create a backup of the wallet before you start.

To enumerate the diversity of interface features, I would like to start with how simple and clear the platform is. It ensures that the process of operating with your assets might be an aesthetically pleasant occupation. The intuitive user interface is offering polyglot support. The opportunity of displaying prices of more than 150 currencies is a very attractive advantage of the Copay wallet.

Copay has an integrated option of changing addresses, so you’re not supposed to generate a new one for each transaction, since the wallet does it automatically. This mixing of addresses is necessary in order to avoid re-using the same public key each time, which ensures a bit more privacy of your crypto usage.

Sending coins into your wallet isn’t a tricky task. Another user should simply send you some or you can do it also by yourself. If you’re willing to send some bitcoins, then just tap the “Send” icon. The forward step is to enter the public address of the user you would like to receive the funds. Type the amount and click “Send” once again. That’s it – you have performed a transaction!

Hint: Always check twice the address’ string – that much numbers and letters could be easily mistaken and once sent to a wrong or not existing key, there’s no way back.

Install and deposit your crypto

As noted earlier, the first backup should be right after the initial setup. Write down the passphrase, which the installer generated for you. It’s extremely important to keep it safe from other people or malware influence. What’s interesting to add is that you can back up your wallet by exporting the passphrase either as a text or a file with encrypted password.

In like manner, it’s a good practice to use the additional password encryption option when you create a wallet. Use a strong one to be requested to fill each time you operate with the wallet. If you lose it, you can always recover via seed – your passphrase.

Install and restore wallet from seed

If your wish is to recover another wallet, you can import it using your seed “Recovery Phrase”. The guide will take you to a field to enter your 12 words or scan a QR-code. When you tap the import button, you’ll have it all restored for you.

As a matter of choice, you can also recover using a text or a file. This happens by selecting the backup file you have and type the password, which you encrypted with. It’s all the same, doesn’t matter which option you choose.

Of course, there are much more things you can do with the Copay wallet, and for the ones interested to know some more, I would like to note some ideas to try on:

Possible Issues and How to Avoid Them

Sometimes you might experience an error, called “insufficient funds for fee” when trying to send a transaction. This means that you’re not able to pay the fee for the transfer you’ve just initiated. A possible reason for that might be that you’re trying to send multiple small inputs that are not worth the fee.

If you ever see the warning “Amount too low to spend” in your Copay wallet, then the incoming transaction might be less than the fee for it to get sent. If the fee is more than the amount to send, the economically effective mechanism will warn you in such a manner to avoid spending money in nowhere. 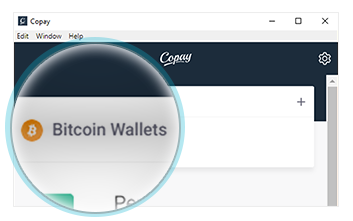 I would like to say a few more words on Copay itself and its purpose. Back in 2011, a crypto payment service BitPay was established in Atlanta. As the first to implement Bitcoin in their industry, they were considered the gateway to use cryptos. With time it became more popular of course, so BitPay quickly adapted to the dynamic changes in the crypto sphere and proposed their own payment solution – Copay. Launched in the middle of 2015 as a light wallet, Copay is one of the most preferred Bitcoin clients worldwide.

You have probably noticed the immense power social media is gaining every day as a part of our daily routine. Keeping yourself up to date can sometimes save you a lot of headache. Project frequently post on their social channels the latest updates available, so you can profit the newest security enhances. Follow Copay on social media and stay tuned for what comes up.