Top 10 Free Minecraft Server Hosting Sites 2019 – Minecraft is a really fun exploration game played by many people worldwide. It is interesting because game player is given so much freedom to choose the course of their own game playing.

Player can opt for several modes available in Minecraft based on their preference, such as survival and adventure modes. Player does not get bored, though, because there is an achievement mechanism. Another great thing about this game is that multiplayer mode is offered.

Playing game with other people tend to enhance the experience of gaming. This article will be discussing about free Minecraft server hosting options with varied game features to be chosen.

Minecraft players have so many game servers to select. Serves may be hosted for business purposes or pure enjoyment of game playing. There is a sense of community that game player will find while joining a server.

However, not all servers are opened for free. Members of certain Minecraft servers may need to pay subscription fee in order to enjoy their features. Free servers at times are not able to provide complete gaming features due to limited resources. Can you play this game for free satisfyingly? 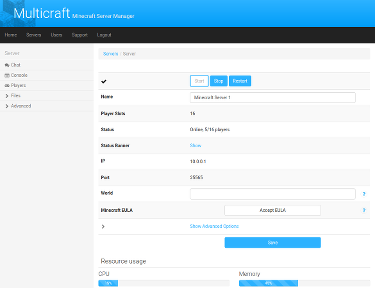 Some game players are probably not excited to pay subscription fee for the sake of playing Minecraft. Luckily, many players are building their own servers and enabling free access to fellow gamers. Below are the most popular free Minecraft server hosting providers that you can join to play this game.

ServeroMat is a well-known server that provides free resources for Minecraft playing. It is run on private server. This game server can host eight to twelve players at a time. Every player is given 2GB RAM which should be sufficient in game playing.

The memory provided is 5GB in SSD format. Processor being used by this server is a 2-core one. Once player has created an account for gaming, it can be used almost instantly. Players have reported that this server runs pretty well during game playing.

The gaming experience is fun because there is minimal glitch. A player can only establish an account which needs to be renewed every seven days. Since there are many people who are interested in this server, at times you need to wait to get a chance to use it.

If you want to get unlimited Minecraft server for free, you should try Minehut. It provides 896GB of RAM that is shared by all players who utilize its servers. It has nicely designed dashboard to control the server more effectively. It can even be accessed through smartphone.

The servers are protected by DDoS of enterprise level. There are various plugins provided so that player will be able to customize their own server. Minehut is capable of functioning well if the numbers of player is not too big. Even if some plugins are locked, server creator can still use the free ones to make detailed customization.

The downfall is that players are not given specific IP addresses to connect to servers. Player must access the server by clicking the name on Minehut’s list. There is apparently a lack of paid services transparency too in this free Minecraft service hosting.

Aternos is also a favorite server hosting for Minecraft game players. It offers interesting features for players. The server is powered by a 2-core processor. Each server will be able to host up to twenty players. There are various plugins to be chosen so that server runner can customize server to their liking.

This host also provides DDoS protection for its servers so it can stay up anytime. Automatic backup is also a feature that is offered for all game players. Server that is hosted by Aternos is capable of working well even during long game playing.

Aternos also has responsive customer service who will answer to player’s report within 24 hours. Many users reported that the game will experience lags at times, especially during busy periods. It takes quite a while for the server to start too. However, for a free server, it is still among the best options out there.

Minecraft Hosting Pro provides dedicated servers to game players worldwide. There are services that come for free while the most elaborated ones will need subscription fee. It has control panel that is powerful enough to manage the server. Each server is protected by DDoS protection.

Player has unlimited access to their gaming files. The file manager feature also helps player managing their gaming files better. Free server works quite well. It is supported by various features to make server more reliable. Unfortunately, during peak periods free server may not be available.

In free server, player may not be able to access helpful features such as player donations. The game will lag when there are too many players in a server. Players have also reported that Minecraft Hosting Pro does not provide fast responding customer service.

This is perhaps the most renowned free Minecraft server hosting. Game players will find it fun because Server Pro enables them to get shots and videos of game playing. Each player will be provided 512MB of RAM for free.

A storage space of 5GB is also offered to every player. It is powered by 2-core processor. A gaming server will be able to host up to twelve players at a time. Player can hold match for three to four people without difficulty. Server Pro is recommended for newbies in Minecraft because it is relatively easy to navigate.

In addition to that, the Control Panel provided by this host is very helpful during game playing. Some players complain that the game will slow down when there are more people joining it, but it is given since the RAM space is limited. The host also shuts down unused server so player needs to restart it before playing. 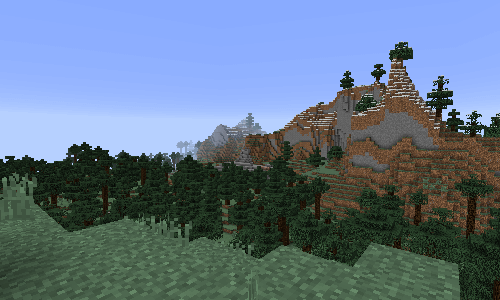 It is another great host for your Minecraft server. ScalaCube provides free server for brief trial period that can be extended to paid service. However, it is still worth using. Even if user decides to extend the subscription to paid one, the price is relatively affordable.

The free features offered by this host are similar to paid server so that player will have the optimum experience of game playing. There are several highlighted features offered by ScalaCube. Server can run nonstop days and nights. Every server is protected using DDoS protection.

Each server is accessible through specific domain address to make game playing more convenient. All gaming files can be accessed through FTP, MySQL, and SSH. ScalaCube runs data servers around the globe so that player will have more options to choose from.

Free McServer is considered a favorite free Minecraft server hosting. It offers free features that are useful for game playing. All players have access to their own gaming files through FTP. There is a well-designed Control Panel too developed by the host so that server runner will be able to manage their server better.

Some new functions may be added to the panel once in a while. The server is not shut down as long as user stays logged into their account and renews it every other day. Reviews stated that this is the best free host to create a Minecraft server at.

Each free server is given 2GB RAM. Lag may occur if there are too many players in a server, but it is normal. User can easily customize server based on their own preference. Some minor issues can be fixed easily. In addition to that, the ticket system for customer support runs well even for free server users.

Are you interested in establishing Minecraft server? Creating server will allow player to develop their own gaming community. Multiplayer gaming is definitely more engaging and entertaining. Before establishing server in free Minecraft server hosting provider, user needs to be aware of certain things though.

First, user needs to be aware about the Minecraft system requirements. It is important to know what the game requires in players and server’s systems. If the server is not exactly qualified for the game, player will not get the optimum experience of gaming.

Matching the server’s requirement is also important, because if not, user cannot access server through their device. User must know their gaming needs. It includes the number of players that can be accommodated in a server at a time.

Mods and plugins offered by the host are also something to be considered. To enhance gaming experience, it will be better if user has freedom to customize their server. Of course, free host does not work as well as the paid one.

If you are really into gaming, it is great to use free Minecraft server hosting as a stepping stone before getting a paid server. Nonetheless, users have more host options nowadays. Each host comes with their own strength and weakness. Do not waste your time by choosing free host with bad services.