Connecting a P-Channel MOSFET to an Arduino can be a little trickier than an N-Channel MOSFET, but if you understand how it works, then it's not very complicated.

To simplify things, I am giving all the examples for the more common Enhancement-Type ('Normally OFF') MOSFETs - these are not conducting electricity when the voltage between the Gate and the Source (Vgs) is zero. The alternative Depletion-Type ('Normally ON') MOSFETs are a logical inversion of that. You can apply all the same examples and rules for a Depletion-Type MOSFET. Just the ON/OFF status is reversed. 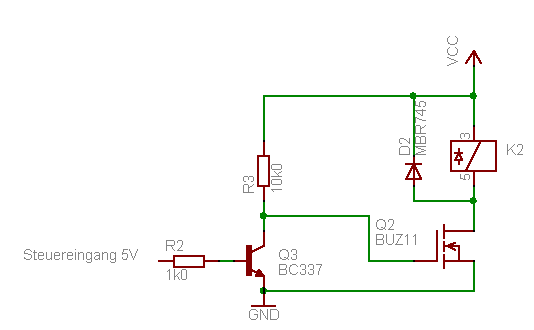 In this article, I am going to explain all the necessary connections (and related dangers) to create the following diagram. And how to then control the power of the motor with an Arduino output pin.

Disclosure: Bear in mind that some of the links in this post are affiliate links and if you go through them to make a purchase I will earn a commission. Keep in mind that I link these companies and their products because of their quality and not because of the commission I receive from your purchases. The decision is yours, and whether or not you decide to buy something is completely up to you.

A step-by-step guide about using a P-Channel MOSFET with an Arduino to switch a 12V motor ON and OFF.

P-Channel MOSFET on the 12V (VCC) Side of the Load

Let's say you want to turn ON and OFF a 12V DC motor using an Arduino and a P-Channel MOSFET.

The most intuitive way to archive this goal is to wire the MOSFET on the VCC side of the load (the motor in this case).

1. First, you need to create a Common VCC by connecting the positive output of the 12V power source to the Arduino 5V pin. DO NOT CONNECT THE GROUNDS!

2. Then connect the Source pin of the MOSFET to the VCC and the Drain pin to the positive lead of the motor.

Usually, you have common Ground between devices. But in this case, we need the Arduino to be able to put -5V on the Gate terminal of the P-Channel MOSFET. Connecting the Arduino 5V pin to the VCC (and the Source) will achieve this since now the Arduino output HIGH will be 0V on the Gate, and output low will be -5V on the Gate.

4. With inductive loads (devices that have coils in them) like a motor, you need to add a flyback diode. It's a diode that is connected across the load in a reverse direction of the normal current flow. During motor operation, it doesn't do anything. But when the MOSFET switches OFF, the coil inside the motor will continue pushing electrons forward and will create a voltage spike. This can damage your MOSFET. The flyback diode allows the excess induced current to flow back and circulate inside the motor until all the energy is dissipated.

5. Add a 10k resistor between the Gate terminal and the VCC. It will ensure that the MOSFET is OFF while the Arduino pin is not initialized as OUTPUT yet, and is not actively driving the Gate (during startup, for example).

6. Finally, connect the Arduino digital output pin to the Gate via a 100-ohm resistor.

The 100-ohm resistor is necessary since the MOSFET will have a small internal capacitance. When you switch the digital output pin, it will start to charge/discharge, and it will create a current spike that can damage the Arduino Arduino pin, especially if you plan to do high-frequency switching.

P-Channel MOSFET on the Ground Side of the Load

I'll give this alternative connection diagram for educational purposes. Maybe it helps to understand the P-Channel MOSFET better.

You can also connect a P-Channel MOSFET below the load on the negative side of the power source. But here we don't have a common Ground nor a common VCC with the 12V power supply. Arduino 5V and GND pins are floating somewhere between the + and - outputs of the 12V power supply because there are no direct connections to them.

It's the same case here that you cannot connect the grounds of the power supply and the Arduino! If you do that, you will apply more than five volts to the 5V pin (through the motor).

Arduino Code to Control the MOSFET

HIGH state is OFF because the Source pin of the MOSFET is connected to the 5V output of the Arduino. It means that Vgs (voltage between the Gate and the Source) is 0V, and an Enhancement-Type MOSFET is turned OFF in this circumstance.

The following code will turn a motor ON and OFF every five seconds: 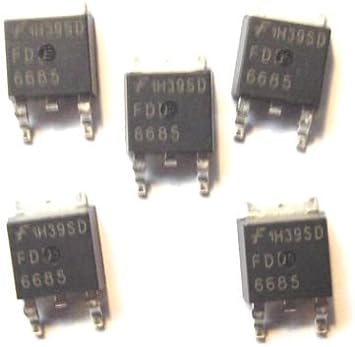 If you are controlling a motor or a lamp that can handle a PWM signal, then you can also use analog write command. For example, this will drive a motor at half the power or dim a LED light to 50 percent: