MediaTek latest addition Helio G70 in the “G” series could be game-changing in the lower-midrange segment. Basically, Taiwan firm targets the gaming lover audience with its “G” lineup at an affordable price point. On the other hands, Snapdragon already has multiple entry-level chipsets such as Snapdragon 439 and Snapdragon 450. Lately, the company had also announced Snapdragon 460, which we will be covering in upcoming articles.

MediaTek Helio G70 is indeed a very powerful chipset in terms of specifications. But there is no smartphone available in the industry yet to check the real-world performance at the time of publishing this post. Realme C3 will be the first smartphone to arrive with Helio G70, the company has already confirmed. In this article, we will make a comparison between MediaTek Helio G70 vs Helio P22 vs Snapdragon 439 vs 450. Without any further ado, let’s start the process!

Undoubtedly, MediaTek Helio G70 has more powerful CPU configurations under the hood. The other reason is that the other three chipsets are more than two years old compared to Helio G70. Therefore, it has an obvious reason to win the race. Because of technology changes in a very short period. In terms of processing node, Helio G70, P22 and Snapdragon 430 use 12nm manufacturing node. Whereas, Snapdragon 450 has a 14nm process, which makes it less power-efficient compared to the other three.

Moving to the GPU performance, Helio G70 packs Mali-G52 2EEMC2 GPU. The Helio P22 has IMG PowerVR GE8320 graphics card. Both Snapdragon 439 and 450 own Adreno 505 and 506 GPU respectively. Mali-G52 being the latest one has more power compared to outdated PowerVR GE8320. Both Adreno 505 and 506 performs equally good, but do not stand against Mali-G52. There is no doubt that Snapdragon chipsets bring better optimisations, but MediaTek improved its technology a lot with the latest “G” series. Helio G70 easily surpasses the other three SoCs in both CPU and GPU departments. 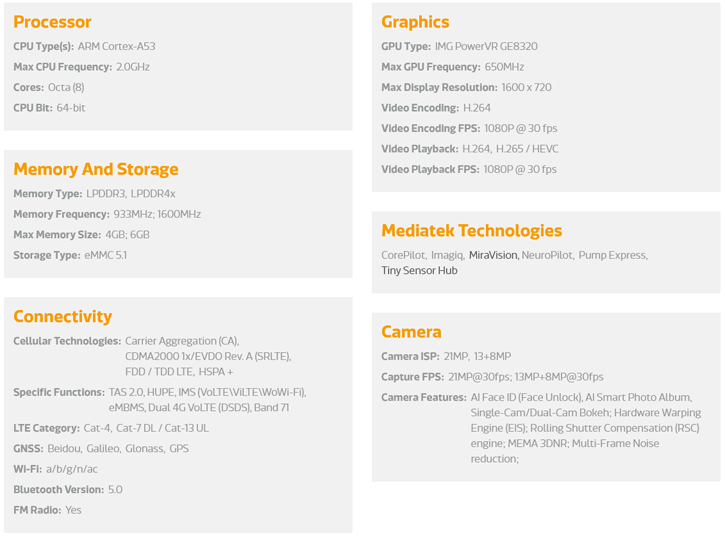 For storage, all the SoCs rely on standard eMMC 5.1 storage. But Helio G70 comes with UFS 2.1 flash storage, which one of the faster one. In terms of RAM, MediaTek Helio G70 and P22 support latest LPDD4X RAM, which isn’t the case with Snapdragon chipsets. Both Snapdragon 439 and 450 are restricted to outdated LPDDR3 RAM. Here, MediaTek has a big advantage on Snapdragon as LPDD4X RAM is way faster than LPDDR3. In terms of display, except Helio P22, other three can support up to Full HD+ display panel. But only Helio G70 reaches to the current standard of full display resolution, which is 1080 x 2520 pixels. 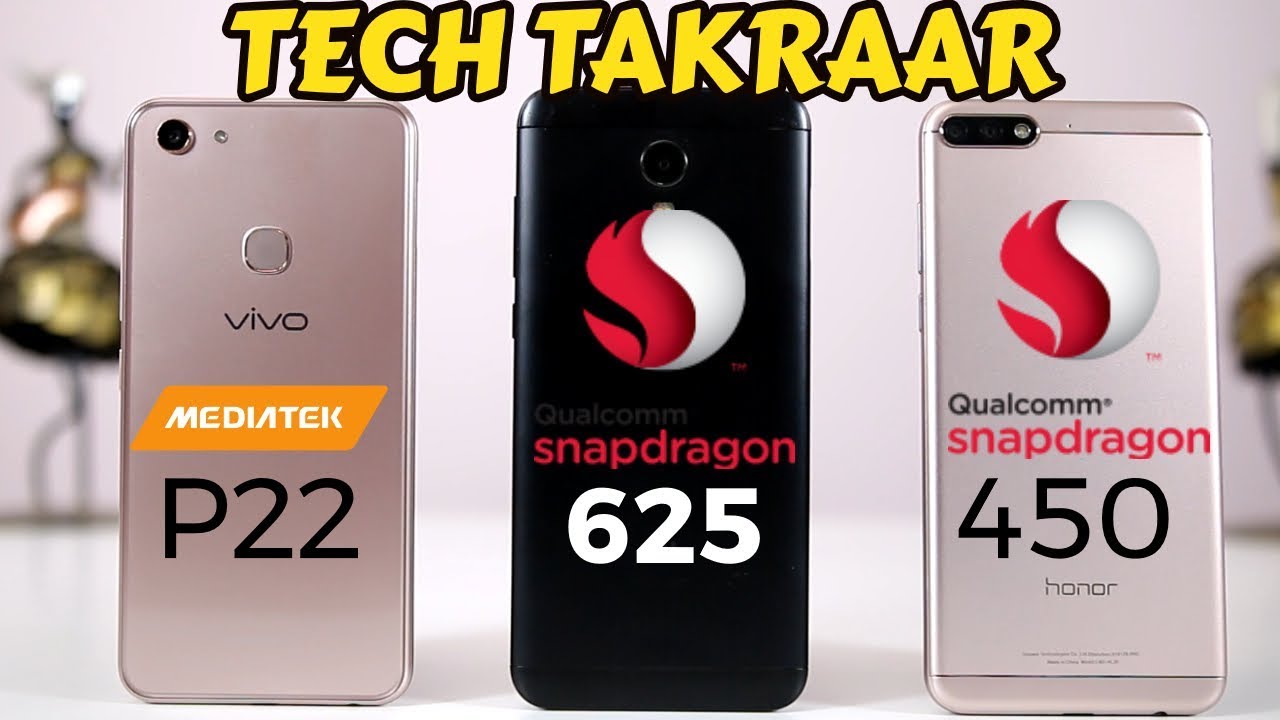 Coming to the Antutu, However, we don’t have Helio G70 powered device in the market. But Realme reveals the scores of Realme C3, which is powered by Helio G70. It scores 194,170 points in Antutu v8. MediaTek Helio P22 scores 76,852 points. The Snapdragon 439 with 80,855 points beat the Helio P22. Lastly, Snapdragon 450 scores 73,851 points positioning at 4th place. According to the provided scores, MTK Helio G70 is way ahead in Antutu listing compared to the other three. Undoubtedly, it retains the spot what its specifications show.

Final Thoughts – Which one is the winner?

As we have mentioned earlier, MediaTek has been improved a lot with its latest “G” lineup. It seems now the company has started focusing in the mid-range segment after a few failed attempts to the flagship category. If we see in past, MediaTek was the industry leader in affordable price point. But slowly lost its place to Snapdragon. With the launch of Helio G70, the company want to recover its lost glory.

This is a great chipset to compete against Snapdragon “400” series. We have already seen Redmi Note 8 Pro with Helio G90T. That is very successful in the mid-range category. In 2020, we will be seeing more and more smartphones using MediaTek chipset, especially in growing markets like India and China. Coming to the point, MediaTek Helio G70 is way ahead compared to Helio P22, Snapdragon 439 and 450. The margin between Helio G70 and the other three is very big. As its name suggests, Helio G70 will be a good option for gaming lovers at a very affordable price point. What are your thoughts? Do let’s know in below comment section!

thanks Man, i really wanted this comparison
nice effort