Being the pilot of a cargo freighter in deep space is tough. Sure, you get to travel to new worlds and meet interesting people. But you also run the risk of being gunned down by pirates, getting trapped in an ion storm, and worse. It’s all part of a day’s work in Vendetta Online, a massively multiplayer online role-playing game (MMORPG) by Guild Software. 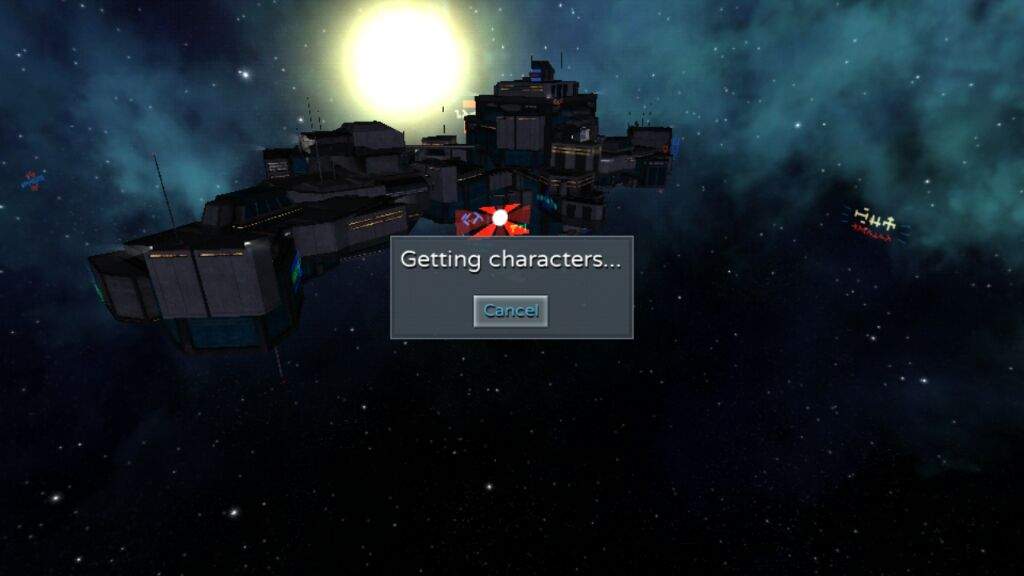 Unlike the majority of MMORPGs, such as EverQuest (which has you running around and killing rats to earn your street cred), Vendetta Online turns you into the pilot of a lowly cargo freighter with limited firepower, limited storage capacity, and slow engines. Each time you dock at a station, you can check the mission computer for worthwhile contracts. You choose the missions you want to take: you can ferry needed parts and supplies to distant systems and sell them on the open market, or you can accept special missions that reward you with a bit of extra money. The greater the risk, the greater the reward—industrial espionage and reconnaissance pay well, but there’s always danger lurking beyond the next asteroid.

As you make money, you can upgrade to more-powerful vessels—which will be useful whether you choose to become a merchant captain, moving big goods between systems, or an interstellar pirate, preying on the weak and unsuspecting. Despite the game’s complex interface, I didn’t have too much trouble picking up the basics of moving around and controlling my ship. I recommend that new players run through the game’s tutorial missions, which teach the fundamental rules of movement, combat, and trading. Once you’re done, it’s largely up to you to explore the systems and make money for yourself. 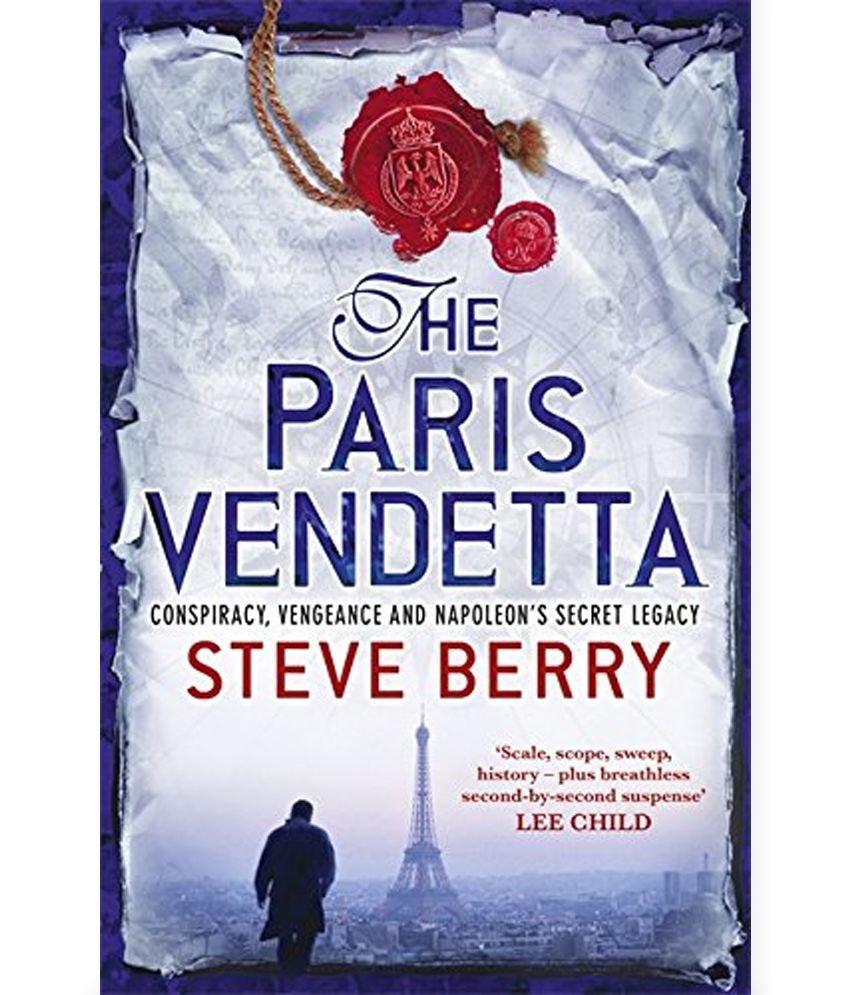 Thousands of play-ers can interact simultaneously in Vendetta Online—however, as I write this, it rarely has more than a few hundred users at a time. Low turnout won’t interfere with your game, though, since there are plenty of computer-controlled ships flying around. Also, you can pick up new missions whenever you want. But don’t take too long to complete your missions. As other players shift cargo between stations, the mission rosters and the value of the cargo will change. You may find yourself stuck with a useless haul if you’re not careful. (I recommend unloading cargo between plays if you can, since you’ll notice these changes most dramatically if you go a few days between outings.)

The game’s 3-D graphics aren’t cutting-edge, but they do the trick for a shared, collaborative, online world set in outer space. And although sound effects are fairly simple, the soundtrack is varied enough to keep things interesting.

Jan 13, 2020 MMO players will recall that Vendetta Online is a classic space MMORPG from the 2004 era, and it’s playable on literally everything, including your toaster. OK, not your toaster, but pretty much everything else, including desktop, mobile, and several VR devices. Heck, it even outlived the Ouya. This is a remastered look at Vendetta Online.Watch Classic MMO Vide.

Vendetta Online requires a monthly fee, which helps offset maintenance and development costs. Plans start at $10 per month (price breaks for long-term subscriptions are available). You can download the game for free; the download version includes an eight-hour trial period. The boxed copy costs $30; it includes Mac, Windows, and Linux versions, and it comes with a printed manual and one free month’s worth of play.

The game requires a 1GHz processor or better and 348MB of RAM. As I reviewed Vendetta Online, the game was still having trouble quitting on Macs with certain Nvidia graphics cards, and Guild Software was working on the problem. The game automatically downloads new patches when you connect.

The Bottom Line If you prefer pulp sci-fi novels to The Lord of the Rings, Vendetta Online is the MMORPG you’ve been waiting for. And unlike many Windows-first MMORPGs, this one puts Mac, Linux, and Windows players on a level playing field.

Vendetta Online is like being handed a frozen turkey - it sure looks yummy but you can't get into immediately. It's going to take some time to cook before it can be enjoyed the way it was intended.

Not to suggest that Vendetta Online is a turkey, far from it. It's got potential to be an excellent game within its own genre but it's going to take some time before it realizes its potential. It needs more players online. For a persistent online RPG to work there has to be large communities of online players. The universe in Vendetta Online is vast. There are literally thousands and thousands of areas to explore but the overwhelming majority of them are empty. It's almost been three months since the game was released and although it's getting a little busier, it's not a tremendous growth rate by any stretch.

Events in the game take place in the future, in deep space. All of the playable characters at this point are all humans. There are three factions that all originated from Earth when a wormhole was discovered that led to another planet called Terra II. Eventually that wormhole was closed which trapped the inhabitants there. Eventually they began to feud and formed two groups, the Serco and the Itani. A third group was formed when the two went to war against each other. This third group eventually became known as the United Independent Territories. They all live in different areas of the universe and interact with each other with varying degrees of intensities.

Choose your side and get in the game. Once you have a character with a name and an alliance, simply choose which planet you would like to start on. The way you conduct yourself will determine the reaction of the other factions toward you. A low faction level may cause them to shoot at you while a high faction level will allow you to purchase goods from them at a considerable discount. As long as you're in your own faction's area you are always safe. Even if you're challenged to combat you have the right to accept or refuse it. All of your experience points will be gained by performing missions which can then be used to acquire more weapons and skills. Missions are found at the various spacestations you'll encounter throughout the universe. Most of the missions are of the trade, explore and combat variety. The combat will be supplied by AI and this is where things really pick up. There's a tutorial at the beginning of the game that will prepare you for fighting. You'll learn how to control your ship and use your weapons, all of which are somewhat inferior, but you'll earn some experience points from the training which you can put towards customizing a more powerful ship.

Pirating is a profession in which you can make a lot of money quickly but you'll end up with a bad faction rating which means that you'll bring a lot of heat on yourself from the various factions. If you're too bad you'll become a wanted man and find yourself hunted down by the nation's guard. You can make some money as a bounty hunter by capturing or killing pirates. If you prefer a less social activity perhaps mining for elements in asteroids would fulfil you. Just shoot into one and start extracting minerals. You can sell your resources for cash at the space station. There's a built-in safeguard concerning this activity. You can't just sit on your asteroid all day sucking out cash. The asteroid will begin to heat up and the extraction process will grind to a worthless trickle. Time to move on. Using asteroids as a steady supply of cash is the equivalent of giving blood.

It's really hard to get the big picture of this game. After a day or two of play it seems as though you've seen it all, which you haven't since it's so huge but it makes you wonder how different it can be from one end of the universe to the other. It all seems the same, only the planets change to indicate that you're in a different section. The ships aren't varied much either. You can only add weapons. You can't change the shape or color, which may be a good thing so they don't all end up looking like gaudy NASCARs.

The universe is huge and empty. It's void of sound for the most part. There is no dialog and the music, although well suited to the loneliness of space, becomes too repetitive. Maybe things will change when, or if, more people come aboard.

Vendetta Online has everything that a game like this needs to draw players to it. It's virtually flawless, from the mechanics to the storyline. At the very least you can say that the developers prepared the most fertile soil where such an adventure could take root and flourish - for perhaps years. All it needs are the seeds.