Winamp was taking a little too long to release an update for version 5 for some. It was leaked and in good form the people working on it cleaned it up and released 5.∞ 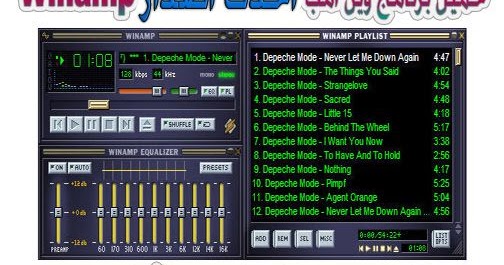 It is what you would expect from a Winamp release, the features of winamp 2 and 3 mashed together. That is why they skipped Winamp 4 to bring us this, the culmination of the two major releases and I suppose it was worth it.
Trivia question for this post is, why did they skip Windows 9? The answer is at the end of this post.

So why do we care about R4? Well for home users, it just looks cool. You can adjust frame rates and resolutions, visualizations and effects. My favorite thing is being able to do text overlays for script notifications using the web front end and it just looks great. For commercial users who buy a licence you could announce promotions, news or updates on products while playing music without the need for a video feed.

The downside for me was that the R4 experience is broken in Windows 10. Mainly due to permissions. People with UAC turned off are not effected but there is a simple workaround for getting this going without making too much of a mess.

Archive visualizations for the great Winamp media player, download Winamp visualizations for free on WinampHeritage.com. Download SoundScape (Winamp Visualization Plugin) for free. SoundScape: a winamp visualization plugin written in OpenGL. It sports a waveform oscilloscope, fractal terrain, and an amorphous blob that pulsates to the music. Events 3 Churches in Oaxaca: Digital Technologies for Visualization of Built Heritage February 2019 San Antonio, TX. Guest lecturer Benjamin Ibarra Sevilla, Assistant Professor of Architecture and Historic Preservation at the University of Texas at Austin, detailed his use of laser scanning and 3D printing for analysis of 16th-century churches in Mexico.

R4 wouldn’t even load without being able to write to a log file in the data folder and was unable to save any changes in the session without write access to this folder so the quickest and easiest solution was just to give users full control of the folder.

Have fun, play safe and if you want to call Windows versions 95 and 98, make sure your condition for checking the version doesn’t start with a 9!

ProjectM is an open source application that provides beautiful visual effects to accompany your favorite music player. A port of the popular MilkDrop music visualizer plugin for Winamp, ProjectM installs easily in Linux and can integrate with certain music applications. It is also available for BSD, MacOS and Windows.

The best way to get an up-to-date installation of ProjectM is to build it from source. (If you’re not super technical, don’t worry; it’s easier than it sounds.) Just navigate to the ProjectM page on Github, Click the “Clone or Download” button, and save the file in your Downloads folder.

Now, open a terminal and type:

Next, read all the text files included with the projectm-master download. For example, type:

to view the BUILDING.md file. This file describes the proper procedure to build ProjectM from source.

You may also need autotools, pkg-config, and which.

You will also need to ensure that OpenGL is enabled on your system. Install it with SDL in Ubuntu by typing:

To begin the installation of ProjectM, make sure you are in the projectm-master directory, then type:

If you’re new to compiling, note that there is a bit of a delay between each step. You’ll have to be patient.

ProjectM is also available from the repositories of certain Linux distributions. 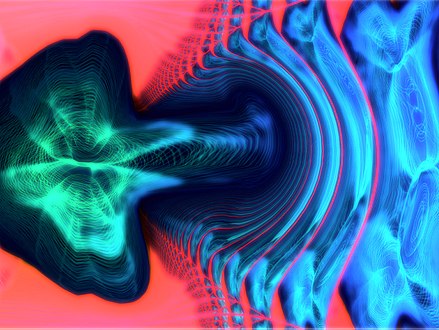 The simplest way to run ProjectM visualizations is to run projectM-pulseaudio. However, ProjectM integrates into a number of music players. Clementine music player comes with ProjectM pre-installed, so you won’t need to make any changes there. Manual integration of ProjectM into most music players is a huge headache, and probably isn’t worth the time and trouble involved. ProjectM will automatically sync with pretty much any audio that plays on the computer. So it doesn’t matter whether you’re playing music with Rhythmbox, Amarok, Audacious, or from the command line. You can even play music videos on YouTube in your web browser, and ProjectM will still respond right on cue.

ProjectM operates on presets which are located in /usr/local/share/projectM/presets. You can download and add preset files in *.prjm, *.milk, and *.so formats. You can rate presets, and by clicking the dice icon in the menu window, you can set ProjectM to randomly select presets based on your preferences.

To rate a preset, simply click the icon in the “Rating” column. The lowest rating is “Rather watch grass grow than watch this”, and the highest is “Crafted by a psychotic deity”.

Many more presets are available online on sites like the WinAmp forums.

For more configuration settings, click Settings > Configure ProjectM. In most cases it’s best to keep these settings at the default, but with a little trial and error, you can get your visualizations configured exactly the way you like.

It’s easy to control the ProjectM interface with keyboard shortcuts. The hotkey reference recommends pressing CTRL with each hotkey, but you can also control the interface by pressing each letter without CTRL.

CTRL-N moves to next preset in the playlist

CTRL-P moves to previous preset in the playlist

CTRL-R randomly selects a preset from the playlist

CTRL-E opens the preset editor with the active preset