Available for download Monkey Audio 4.06 winamp plugin on 'free software license' blog. September 19, 2010 by Pegas Atreyyu It down not work with the latest Monkeys - This plugin no longer works with Monkey's Audio 4.06 I can not find any Winamp-APE plugin that does.

Winamp Not Playing Some Wav Files

But the WAV files would play in Windows Media Player (WMP). The file associaton for WAV files on her system was set to Winamp. I changed it to Windows Media Player, but each time she double-clicked on a .wav file afterwards, WMP would open maximized. She prferred the behavior of Winamp, which would remain minimized, but play the sound, if she was testing a lot of WAV files.

I suspected the problem might be due to a missing codec. I checked the codec used for a .wav file that would play, Pooh_Hall_Astrick.wav, by right-clicking on the filename then choosing Properties and then clicking on the Summary tab.

I could see the audio format used was PCM. PCM is the most commonly used WAV audio format. WAV is a file format that can act as a container or 'wrapper' for audio stored in different formats. Though the uncompressed PCM format is probably the most common format for audio stored in a WAV file, other compressed formats can be used as well. The uncompressed PCM format allows audio to be stored at the same quality level as found on audio CDs. But compressed formats can be used instead, that will allow audio to be stored so that the file size for the WAV file is much smaller. But, typically, the tradeoff is a loss of quality.

When I checked one of the WAV files, hallloween_asterick.wav, that did not play in Winamp, but which played in Windows Media Player, I found the audio format was MPEG Layer-3.

MPEG-1 Audio Layer 3, is typically referred to as MP3. It is a very popular format for encoding digital audio, but does involve some loss of quality, hence is dubbed a 'lossy' format, in return for yielding much smaller files sizes.

I found someone reporting the same problem at I can't open up wav files encoded with a codec.. A response from J_Darnley, posted on August 20, 2006, gave me an indication of how to solve the problem:

Winamp's in_wave plugin uses libsndfile (http://www.mega-nerd.com/libsndfile/) which does not support MP3 or AC3 in the wav container and it also doesn't support send the stream to the plugin it needs. If you have lots of these files you could add WAV to Winamp's MPEG audio decoder, in_mp3.

However, a later posting indicates that using the MP3 decoder, though that may seem like a logical choice, will cause WinAmp to no longer play PCM encoded WAV files, so the DirectShow decoder should be used instead. I found that, indeed, PCM files would not play in Winamp, if I added WAV to the MP3 decoder list. The procedure for adding WAV files to Winamp's DirectShow decoder, which resolved the problem, is as follows:

The in_dshow.dll file should already be within the Plugins directory underneath your Winamp directory. 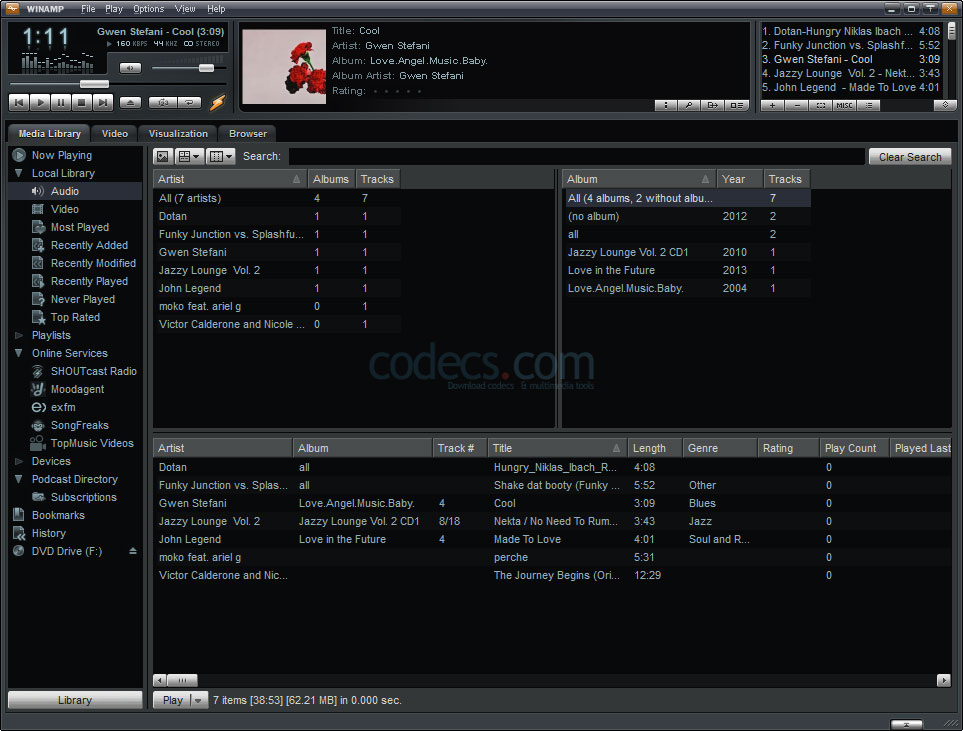 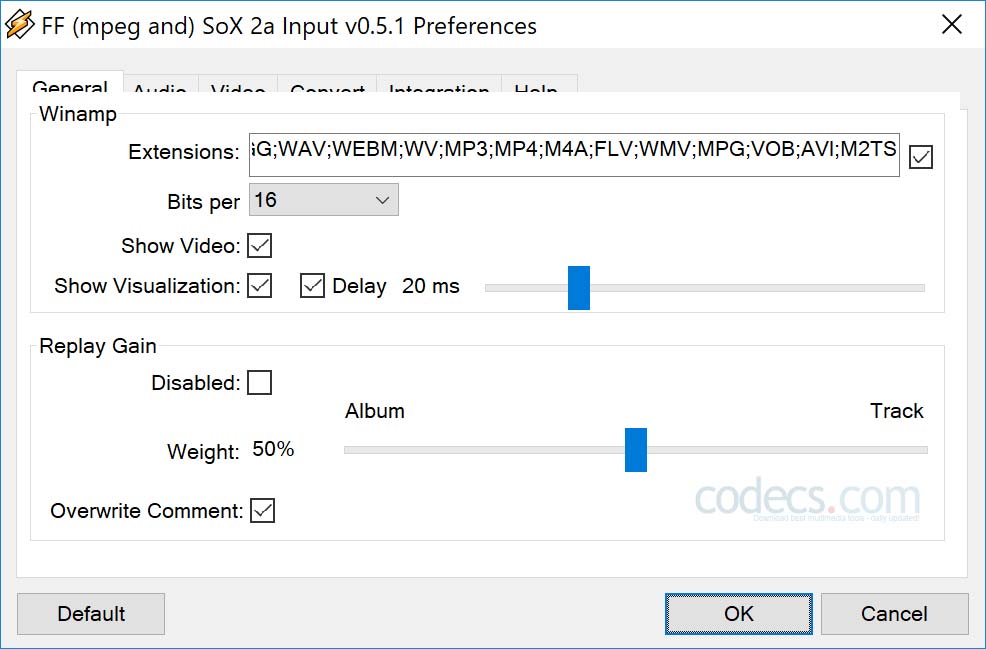 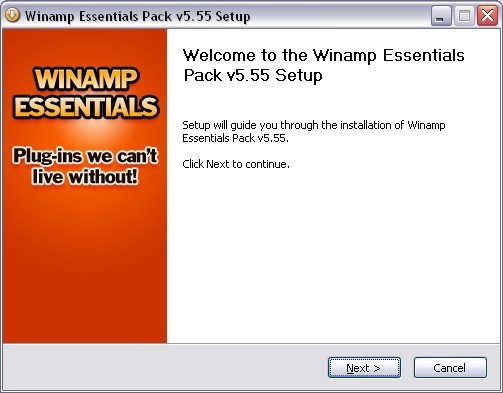 Streamripper for Winamp is an extension for Winamp that can capture the audio signal from the popular media player and store it in a sound file in MP3 format.
The resulting file will include in its ID3 Tag information about the station from which the recording was made, the song or name of the program that was being broadcast audio quality, duration, and so on.
It runs in a window has only three buttons that allow you to perform all activities. Press 'Start' to begin capturing the audio and 'Stop' when you want to stop recording.
Yes, this open source application has multiple configuration options. You may limit the size of the resulting file, store the recordings in a single file or multiple sets, establish masks for the name of the files, and more.
If you do not like the look of the window, you can change its appearance. You have three 'skins' to use in order to change its interface.